The Confederate Flag to Me 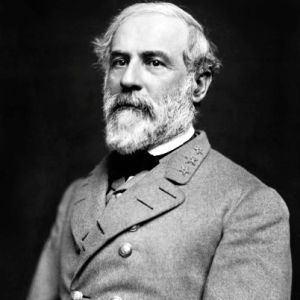 The confederate flag has raised some hot debate in the United States as of late. To many African Americans with slave ancestry, the confederate flag holds the same symbolization as the Nazi flag does to the Jew. Adolph Hitler ordered the capture, death, enslavement, and unfair treatment of many Jewish people in the 20th century. They hung the Nazi flag to celebrate their accomplishment. The Confederate States of America, led by Robert E. Lee, ordered the seperation from the union along with the enslavement of Blacks in America. The Confederaes hhung the Confederate flag to celebrate their accomplishments.

Enslavement of African Americans included beatings, rapings, poor working conditions, creating inferiority, exploiting, and the treating of one unfairly with justification, along with many other forms of degradation and toil. Seperation from the union meant that Slavery could stay in the Southern States and that the States could hold onto other rights as their own country.

As a 1st generation African American with no slave ancestry in America, the confederate flag means fear to me. When I see one on a house in parts of Massachusetts (and I have in Amherst) then I automatically envision a Caucasion family that loves the Harley Motorcycle, dislikes Blacks and all other minorities, dislikes Native Americans, and believes that the Caucasion is the toughest, and most beautiful race in the world. I envision a family that is not afraid to throw out racial slurs, a family where the men and maybe the women live life on the edge, and a family where they rarely enter minority communities; these are just steryotypes that I have picked up from American media, but as I have learned in my 27-years of life, which includes going to college in Washington, DC and Boston, Massachusetts, working in tourism in Boston, Massachusetts, working in the restaurant industry in Maine and Boston, Massachuetts, and working with both Native American and non-Native American youth in Massachusetts, some steryeotypes are true.

Here is my beef. The German Government banned the Nazi Flag in Germany, so why can't the United States Government ban the Confederate Flag in America? Also, the German Government gave reparations to the Jews for the Holocaust, so why can't the United States Government give reparations to African Americans (only those with slave ancestry)-and "yes", I would not got the reparations as a 1st generation African American and neither would my parents because they are Documented Immigrants? If Germany can progress to help its people, then why can't America? That is my beef.

I am a retired activist because I have found that people like to talk about things, but not take action; I feel bad to say that society has driven me to become one of those people. However, my activist resume does include sleeping in front of the State House to fight for Undocumented Immigrant Rights, speaking at a Boston school and going to a Massachusetts seminar to respectively talk and learn about Human Trafficking, and meeting with my representative to fight for Civil Rights in America on several occasions. I have also tried the Facebook activist route. None the less, I found that activism does not "keep the lights on" or help one retain friends. In essence, as Huey Freeman from, "The Boondocks" by Aaron McGrueder says; "I am retired".